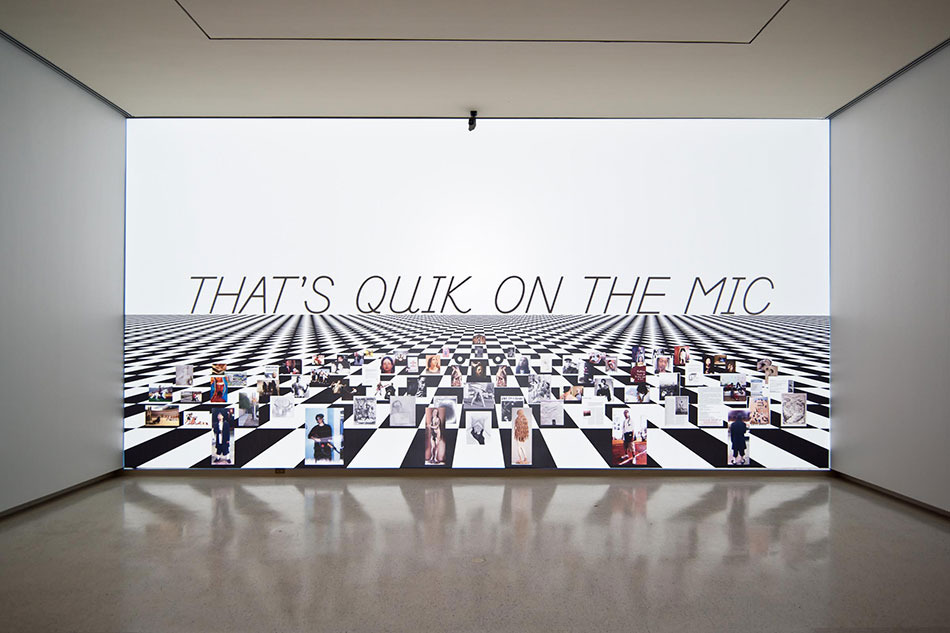 Frances Stark creates artwork that is deeply rooted in language, poetry, and the ways we make sense of the experiences of everyday life. Commingling text and image, her practice often blurs the line between her work and personal life and takes inspiration from a range of sources including literature, art history, and pop music.

Until recently, Stark’s works most often took the form of collages, drawings, magazine spreads, and posters that reflect on the creative process as an act of translation, as well as the gender associations of domestic and professional spaces such as the artist’s studio. More recently, she has started to produce videos, slideshows, and audio pieces that are startling in their bold engagement with the outside world. Her breakout work in this vein, My Best Thing (2011, acquired by Carnegie Museum of Art in 2012), animates a series of Stark’s flirtatious chat-room encounters, which put “dirty” talk on the same level as philosophical discussions and political engagement.

The artist’s newest video installation, Bobby Jesus’s Alma Mater b/w Reading the Book of David and/or Paying Attention Is Free (2013), makes its debut at the 2013 Carnegie International. Continuing her “brazen pursuit of unlikely alliances,” the work centers on a text projection based on conversations with Bobby, a self-described resident of “planet ’hood” who has become her studio apprentice and friend.

She holds an MFA from the Art Center College of Design in Pasadena, California, and studied at San Francisco State University; she is currently assistant professor of painting and drawing at the University of Southern California. Her videos, drawings, performances, and other works have been the subject of solo exhibitions at MoMA PS1 (New York, 2011), Performa 11 (New York, 2011), Hammer Museum (Los Angeles, 2011), and the Center for Contemporary Art (Glasgow, 2010).

A work by Frances Stark is available for checkout in the Art Lending Collection at Braddock Carnegie Library. 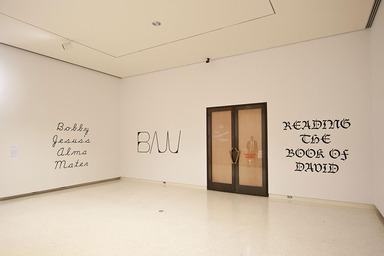