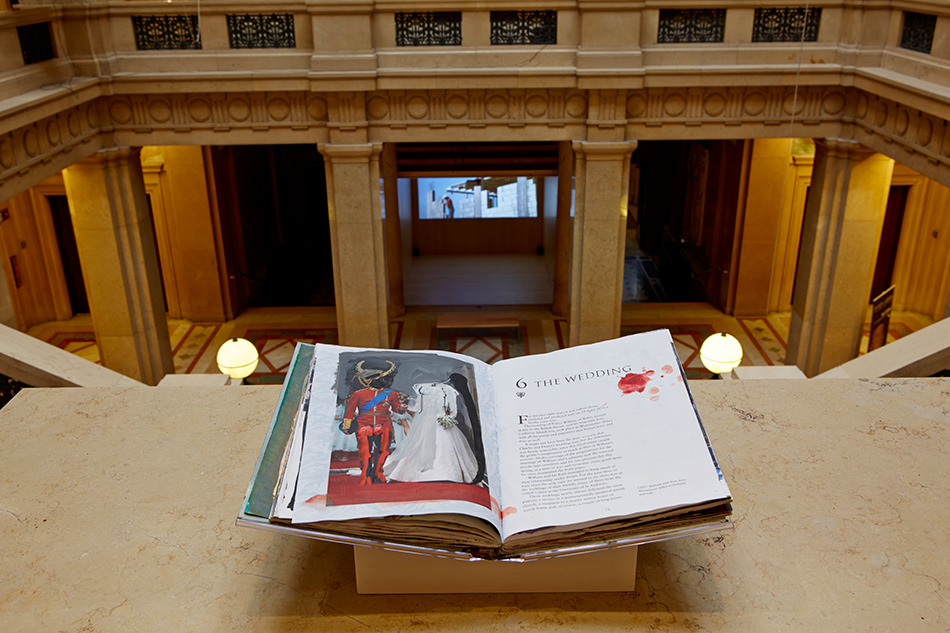 While on a trip out of the country for a gallery exhibition of his work, Iranian artist Rokni Haerizadeh received a call from a friend warning him and his brother, also an artist, not to return: their work had been seized from a private collection in Tehran. Now living in Dubai, Haerizadeh has not returned to Iran since, although his paintings, drawings, and animations draw from the painterly traditions of Persia. For each of his animations, Haerizadeh painstakingly hand-paints and draws over thousands of found images.

In Just What Is It that Makes Today’s Homes So Different, So Appealing? (2010–11), he transforms media imagery of protest, disaster, and violence from the 2009 Iranian demonstrations into fairy tales of sensual delights, where human heads of protestors and newscasters alike are replaced with those of animals. Depicted is the shooting of a young woman named Neda Agha-Soltan, a bystander who became the face of innocent resistance when her death was captured on camera and broadcast around the world.

A more recent animation, Reign of Winter (2012–13), debuting at the 2013 Carnegie International, takes on the subject of the British royal wedding of Prince William and Kate Middleton. Both videos are on view on the second floor of the Grand Staircase, where they are surrounded by a selection of drawings, like torn pages from an ongoing visual manuscript or diary of contemporary life. Interrogating the voyeuristic role of the spectator and his or her ethical stance as a passive consumer of media, Haerizadeh’s drawings and animations transform found material into timeless parables, taking images out of context and turning conventional moral codes on end.

Haerizadeh has been featured in several biennials, including the 2011 Sharjah Biennial and the Beijing Painting Biennale (2005). His work has also been shown at Galerie Thaddaeus Ropac (Paris, 2010), Saatchi Gallery (London, 2009), B21 Gallery (Dubai, 2009), and the Tehran Museum of Contemporary Art (2004).

A work by Rokni Haerizadeh is available for checkout in the Art Lending Collection at Braddock Carnegie Library.

Brothers in Exile (The Economist online) 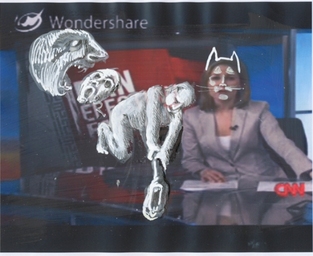 Just What Is It that Makes Today’s Homes So Different, So Appealing? 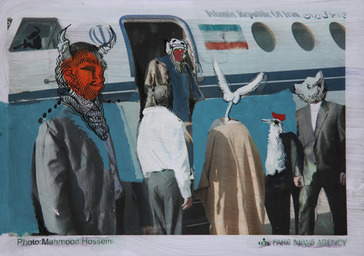 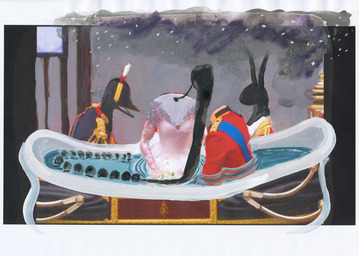 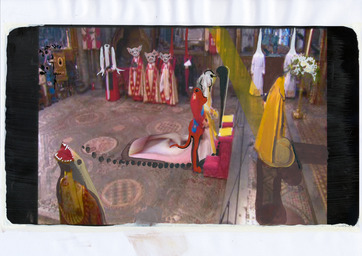 My Heart Is Not Here, My Heart’s in The Highlands, Chasing The Deers 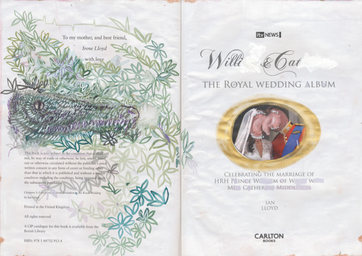