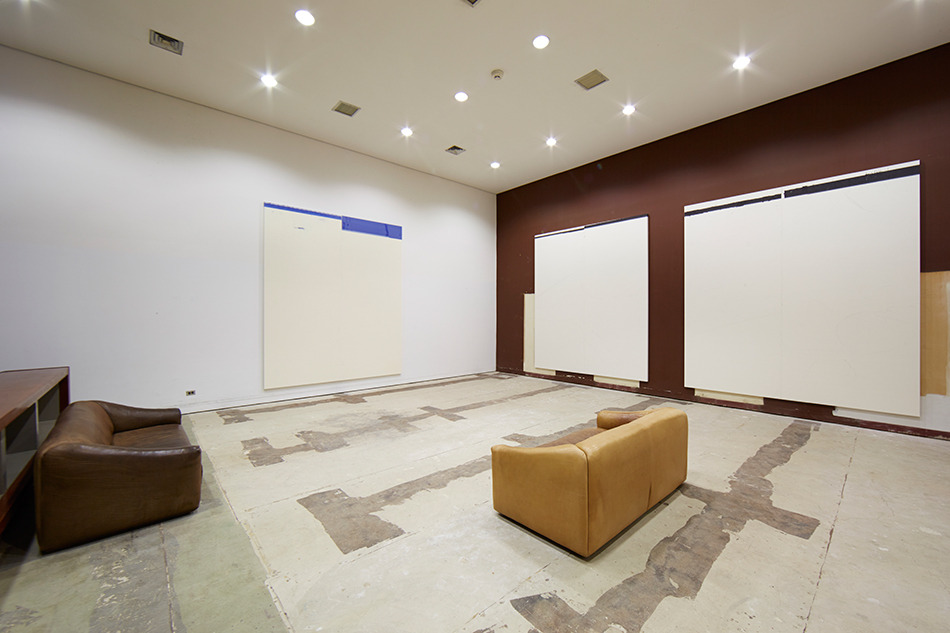 Wade Guyton makes large-scale artworks that “act like” paintings and drawings, but which are created using flatbed scanners, desktop computers, and Epson inkjet printers. Guyton studied at the University of Tennessee and Hunter College in New York. He participated in the 53rd Venice Biennale (2009) and recently was the subject of a solo retrospective at the Whitney Museum of American Art (New York, 2012). He has shown throughout Europe and the United States, and his work is held in many prestigious collections, including the Museum of Modern Art (New York), the Museum of Contemporary Art (Los Angeles), and the Musée d’Art Moderne et Contemporain (Geneva).

Guyton has developed a distinct language of motifs including enlarged X’s, U’s, dots, stripes, and flames that originate in Microsoft Word, Photoshop, or digital scans. Printed on linen that is folded and run (and re-run) through wide-format inkjet printers, the artist’s designs meet the physical limitations of automated production technologies and streak, snag, crease, and misalign as the fabric feeds—or is pulled—through. While Guyton’s works reflect the flattened and fragmented visual landscape of the screen age in which we live, as objects they behave like traditional paintings, changing and being changed by our perception of the space in which they appear.

In this case, Guyton has transformed the museum’s main coatroom.  His installation of four new works along with leather couches from his studio creates appealing if unlikely lounge area, a space to sit, linger, look, and think. Another work by Guyton is installed in the stately Founder’s Room (open daily 4–5 p.m.; Saturdays 11–noon), off of the museum’s Carriage Drive Entry.

A work by Wade Guyton is available for checkout in the Art Lending Collection at Braddock Carnegie Library.

Wade Guyton—The Lights Are Out in the Land of Necessity (Daniel Baumann, Petzel) 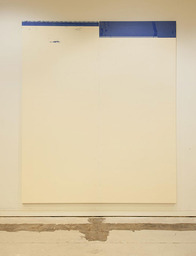 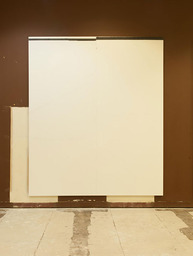 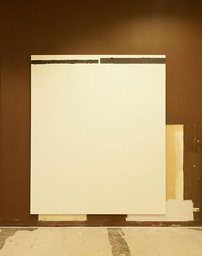 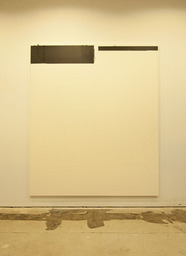 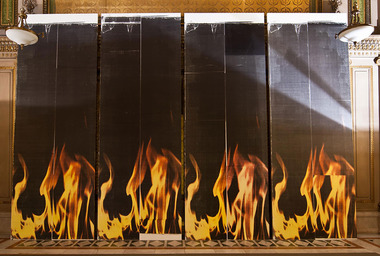