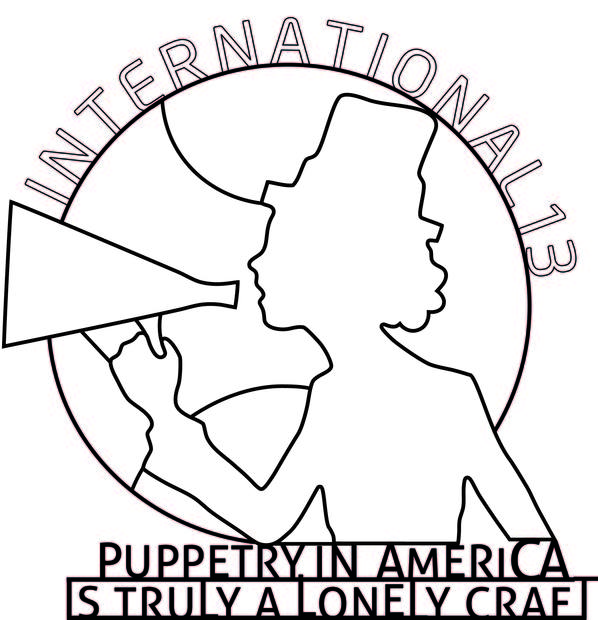 Paulina Olowska, sketch of sign for her installation in Carnegie Café for the 2013 Carnegie International; Courtesy of the artist; Metro Pictures, New York; and Foksal Gallery Foundation, Warsaw

Puppetry in America Is Truly a Lonely Craft

Materials: Installation including performance, collage, built structures, and puppets from the collection of Tom Sarver

Credit: Courtesy of the artist and Metro Pictures, New York. Commissioned by Carnegie Museum of Art for the 2013 Carnegie International.

Olowska uses art as a way to engage with places and histories; in this new installation for the 2013 Carnegie International, she explores the medium of puppet theater, a traditional craft now in (temporary?) decline. Olowska has transformed the museum’s café into a puppet cabaret, featuring an iron sign, black carpet and chairs, tiered stage, a video of a puppet performance by Joann Kielar and Kristen Barca, collages, hand-painted signage, and a selection of puppets from Tom Sarver, one of Pittsburgh’s leading puppeteers. The project takes as point of departure the history of the Pittsburgh-based Lovelace Marionette Theatre Company (1949–1983), which was in residence in the Carnegie Museum of Art Theater from 1977 to 1983. The wrought-iron sign at the entrance refers to a contemporary review of Lovelace Marionettes in which the author notes that puppetry “demands of its practitioners a remarkable degree of self-abnegation” because the puppets “come alive only through… an artist who is usually not seen or is, by convention, presumed invisible.” Lovelace Marionettes has long since closed and been all but forgotten, so the statement could be seen today as commenting on the craft’s vanishing audience.