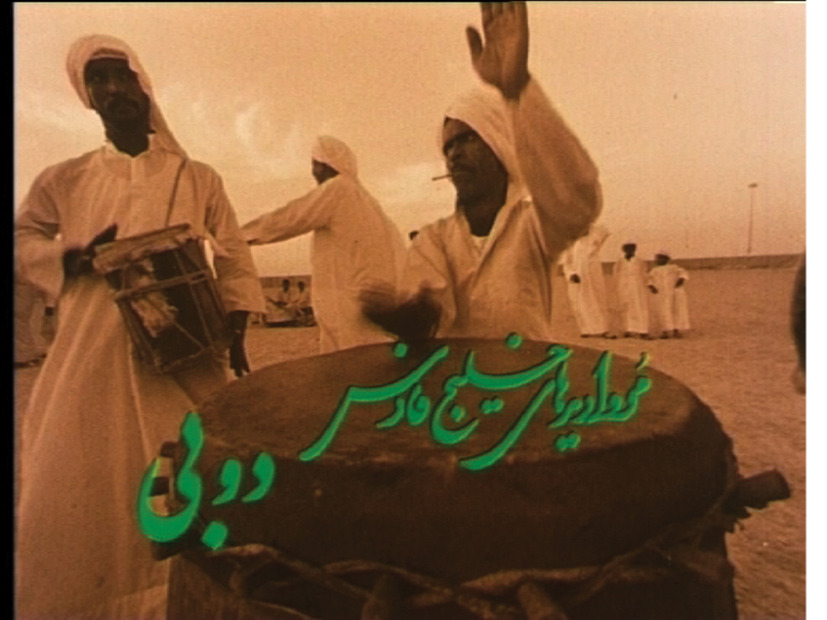 Image courtesy of the artist

Pearls of the Persian Gulf: Dubai

Credit: Courtesy of the artist. Presentation supported by The George Foundation.

Frustrated by censorship in Iran, Shirdel looked to the larger region in his documentaries of the mid-1970s, exploring subjects in nearby Kuwait, Fujairah, and Dubai. In Pearls of the Persian Gulf: Dubai (1975), Shirdel outlines the growth of the emirate and tracks its dizzying infrastructural development through interviews with former and current rulers. As a marker of a moment in the emirate’s accelerated history, it is—like most of Shirdel’s films—as shocking today as when it was first released. Ironically, the film was banned in the 1970s for its use of “Persian Gulf” rather than the “Arabian Gulf” nomenclature preferred by Arab nationalists.

Co-curator Tina Kukielski on Pearls of the Persian Gulf: Dubai