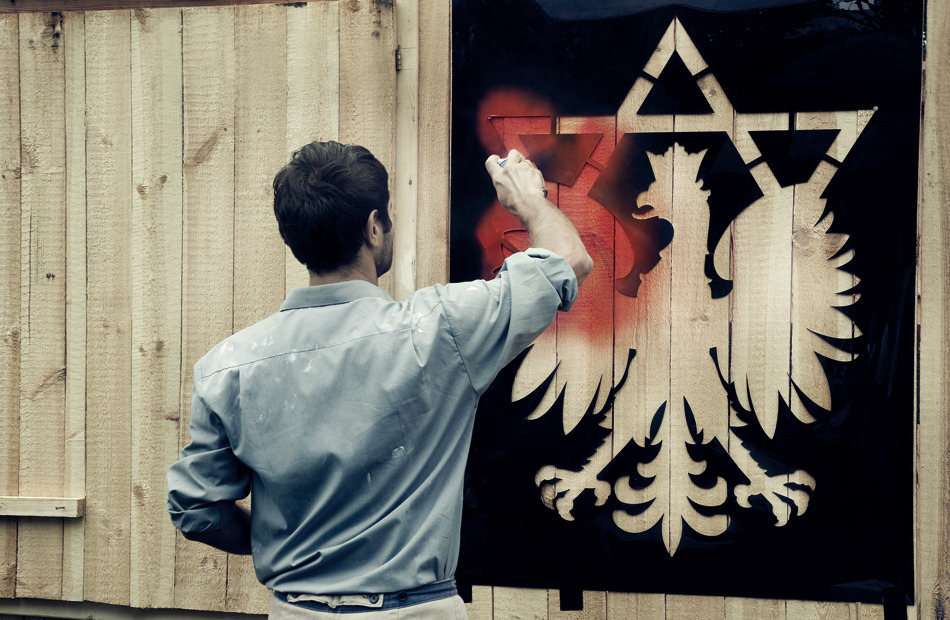 Bartana’s recent video trilogy …And Europe Will Be Stunned (2007–11) imagines the rise of the Jewish Renaissance Movement in Poland (JRMiP). The films stage a propaganda film of a political group that seeks the return to Poland of three million Jews displaced during the World War II era. The trilogy—comprising Mary Koszmary (Nightmares; 2007), Mur i wieża (Wall and Tower; 2009), and Zamach (Assassination; 2011)—will be shown in the CMA Theater during a special one-time screening event on November 21, 2013, followed by discussion with the artist.