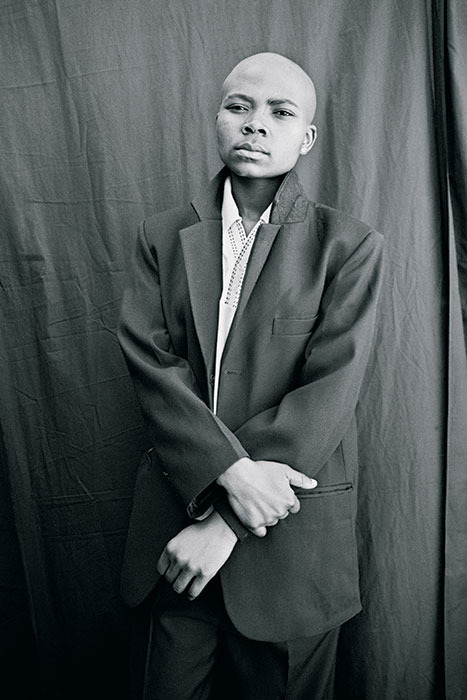 Zanele Muholi began her photographic series Faces and Phases in 2006, working first in the townships of South Africa and then beyond, giving visibility to the various faces of black LGBTI communities around the world. A self-described “visual activist,” Muholi sees her work in photography and film as a lifetime endeavor aimed at redefining the face of Africa both within and outside the continent.

In 1989, the South African photographer David Goldblatt founded the Market Photo Workshop in Johannesburg. He focused the workshop on those who, disadvantaged by apartheid, might not have had access to educational programs promoting visual literacy. Muholi came through the workshop, and subsequently combined her skills as a photographer with a commitment to fighting the violence against LGBTI people that remains prevalent in regions of South Africa.

Muholi’s photographs give visual credence to communities that too often are invisible. She composes her subjects in elegant yet assured postures, in front of purposeful backgrounds of fabric or industrial materials. The bold and honest portraits of Faces and Phases announce a collective front of incredible magnitude.