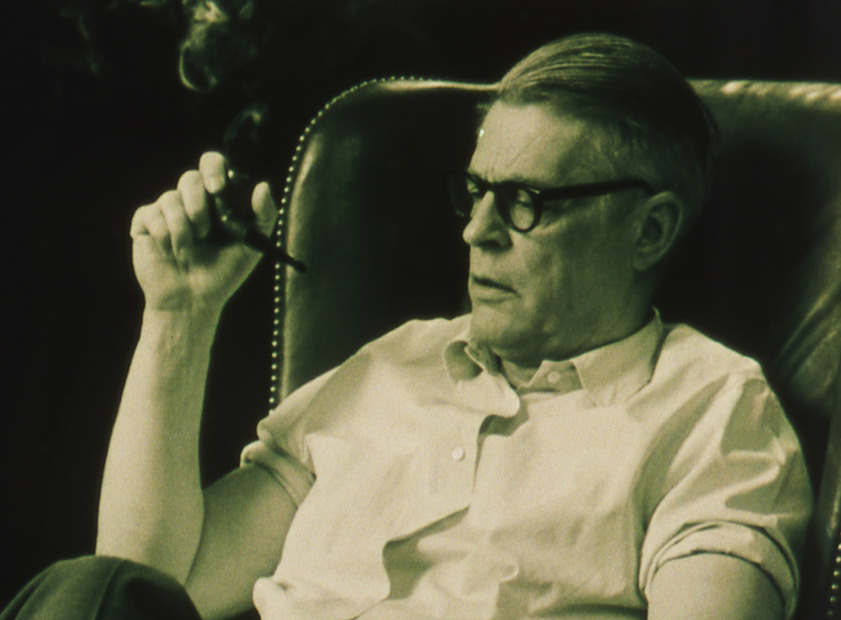 The Green Cinematograph (Programme I: Pipe smoker and overflowing sink)

Credit: Courtesy of the artist and Lisson Gallery, London

The Green Cinematograph (Programme 1: Pipe smoker and overflowing sink) continues an unofficial series of spare films that delve into the mechanics of perception and the artist’s interior world, usually in a state of unconsciousness or under the influence. But here, the figure of an artist is presented in a sober and more purposeful state of introspection. Shown on a customized projector and looper, the film cuts back and forth from Graham smoking a pipe in an armchair to a kitchen sink overflowing with bubbles; the film tests the Kuleshov Effect, a montage or editing technique that leads the viewer to connect two unrelated scenes. Because we are conditioned to question false morphology (the mistake that because two things look alike they must be alike), we are inherently distrustful of any intrinsic relationship between smoke and bubbles (how obvious!), yet the work undeniably suggests visual, narrative, and metaphorical connections between the two images. Is this a vivid portrait of the creative mind at work, with so much blank space heavily punctuating the rare moments of actual making and meaning?

A light box by Graham is on view in nearby Gallery 13.