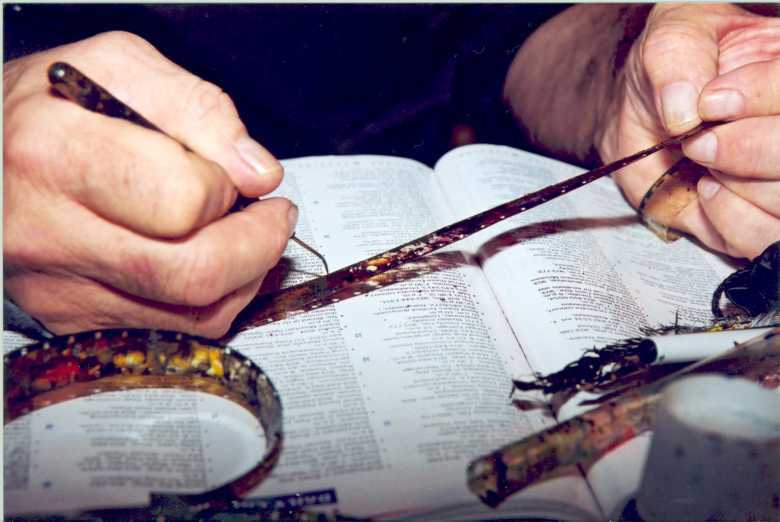 Still from Mothlight, 1963, 16mm; color, silent; 4 min., National Endowment for the Arts Purchase Grant for the Acquistion of Films by Living American Film Makers and Matching $5,000 Gift of the Women's Committee

On view in the Scaife Galleries October 22–November 3
As part of the Collection component of the 2013 Carnegie International, experimental films from 1950s–70s will be on view in the Scaife Galleries, highlighting the work of the museum’s groundbreaking Film Section over the years.
Created using clear packing tape, which Brakhage used to collect moth wings, flower petals, leaves, dust, and other ephemeral natural debris, this is a beautiful and brief meditation on life and death from one of the masters of “visionary” film. Brakhage, a notably experimental filmmaker, has produced a diverse body of works, exploring techniques such as handheld camerawork, celluloid painting, fast cutting, in-camera editing, film scratching, film collage, and multiple exposure use. In 1971, Brakhage completed a body of work collectively known as “The Pittsburgh Trilogy,” including Eyes, about the city police, Deus Ex, filmed in a hospital, and The Act of Seeing with One’s Own Eyes, depicting an autopsy.
See the full film schedule on The Collection page.