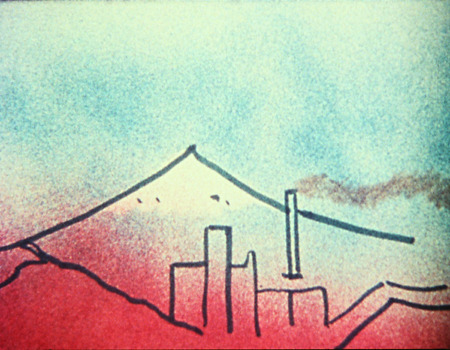 On view in the Scaife Galleries November 26–December 22
As part of the Collection component of the 2013 Carnegie International, experimental films from 1950s–70s will be on view in the Scaife Galleries, highlighting the work of the museum’s groundbreaking Film Section over the years.
Two dreamy, hand-drawn and rotoscoped films by a pioneer in the fields of animation and kinetic art, depicting a voyage through Japan and impressions of the seashore. Breer was a founding member of the American avant-garde and was heavily influenced by the concept of Neo-plasticism as described by Piet Mondrian and Vasarely, finally making the jump from painting to experimental film in 1950.
See the full film schedule on The Collection page.