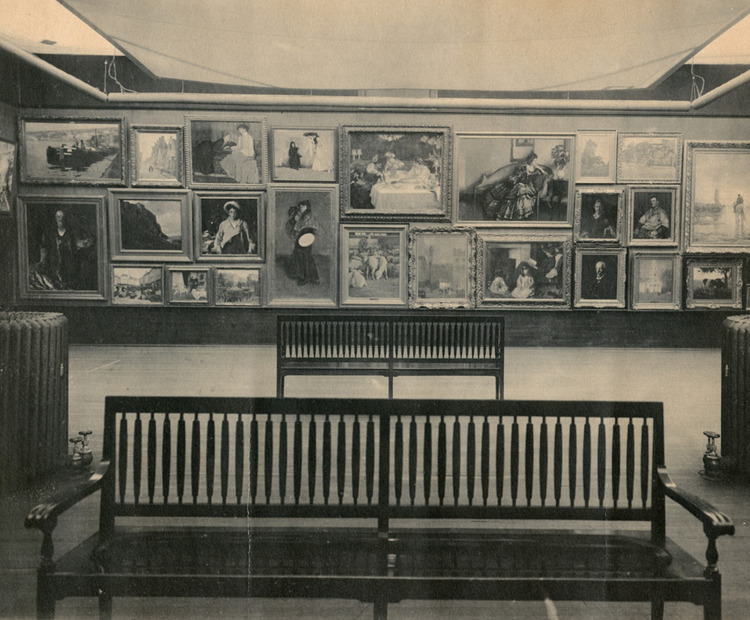 This is the 56th edition of the Carnegie International.

The 2013 Carnegie International brings together 35 artists from 19 countries, including a series of large-scale commissions throughout the museum and beyond.

The Carnegie Museum of Art Collection

An ambitious reinstallation of Carnegie Museum of Art's modern and contemporary collection emphasizes the role of the International in past acquisitions, as well as the museum's core strengths.

A richly illustrated history of postwar playground architecture and design, situated in the museum's Heinz Architectural Center, explores play and making as the foundation of creativity; the museum also began installation of a Swiss-designed Lozziwurm play structure by its entrance, to be completed in late April.

Engagement with the City of Pittsburgh

Through two years of artist talks at the International's apartment space, the CI13 blog, and other exhibition components to be located in other parts of the city, the International was developed in conversation with Pittsburgh. Carnegie Museum of Art will acquire objects from the exhibition for its collection.

Daniel Baumann is a Swiss art historian, critic, and curator who currently lives in Pittsburgh. He is co-curator, with Dan Byers and Tina Kukielski, of the 2013 Carnegie International at Carnegie Museum of Art. As an art historian and critic, he writes for magazines such as Artforum, Kunst-Bulletin, Mousse, Parkett, and Spike Art. He is the director of the Adolf Wölfli Foundation, Museum of Fine Arts in Bern, Switzerland; co-founder of New Jerseyy, an exhibition space in Basel; and, since 2004, curator of an ongoing exhibition series in Tbilisi, Georgia.

Dan Byers is The Richard Armstrong Curator of Modern and Contemporary Art at Carnegie Museum of Art, and co-curator, with Daniel Baumann and Tina Kukielski, of the 2013 Carnegie International. His recent projects at the museum include solo exhibitions of Cathy Wilkes, Ragnar Kjartansson, and James Lee Byars, as well as the group exhibitions Reanimation—featuring William E. Jones, Joachim Koester, and Nashashibi/Skaer; Ordinary Madness, a large-scale, wide-ranging exhibition drawn from the Carnegie’s collection of contemporary art; and CMOA’s contribution to the Pittsburgh Biennial, which featured artists such as Lenka Clayton, Zak Prekop, Peggy Ahwesh, and Frank Santoro. Before joining the staff at the Carnegie in 2009, Dan was curatorial fellow at the Walker Art Center in Minneapolis (2008–2009), and assistant to the directors at the Fabric Workshop and Museum in Philadelphia (2003–2006).

Tina Kukielski is co-curator, with Daniel Baumann and Dan Byers, of the 2013 Carnegie International at Carnegie Museum of Art and curator of the Hillman Photography Initiative also at the museum. She was formerly senior curatorial assistant at the Whitney Museum of American Art in New York, where she organized contemporary project series exhibitions with artists such as Sadie Benning, Omer Fast, Taryn Simon, and Sara VanDerBeek from 2007 to 2010. While at the Whitney, she also curated a number of group exhibitions of photography. Her publications include essays in exhibition catalogues for William Eggleston: Democratic Camera, Photography and Video, 1958–2008 and Gordon Matta-Clark: You Are the Measure. She is a contributor to Mousse and The Exhibitionist.

Amanda Donnan is assistant curator for contemporary art at Carnegie Museum of Art. She has worked extensively with the museum’s time-based media collection, curating in-gallery and theatrical screenings of experimental film and serving as a curatorial lead for a major film and video collection preservation project currently underway with funding from A.W. Mellon Foundation. In 2012, she organized Duncan Campbell in the museum’s Forum gallery, and in 2010 inaugurated the submission-based Two-Minute Film Festival in the museum’s outdoor Sculpture Court. She has assisted on exhibitions, including Paul Thek, Diver: A Retrospective (2011; co-organized with the Whitney Museum of American Art), Ragnar Kjartansson: Song (2011); the 2011 Pittsburgh Biennial; and Ordinary Madness (2010), and has curated several exhibitions of contemporary art in the Pittsburgh area. Before joining the staff at the museum, Amanda was production coordinator at Art21 in New York.

Lauren Wetmore is the curatorial assistant for the 2013 Carnegie International. She previously worked at the Banff Centre, Alberta, programming creative residencies in the Visual Arts including The Soiree Retreat – A Bit of a Chekhovian Situation with Ragnar Kjartansson, Ásdís Sif Gunnarsdóttir, and Davíð Þór Jónsson; Ken Lum’s Master Class: Art and the Effects of the Real; and Trading Post with Candice Hopkins. She was the exhibition and project assistant for Laurie Anderson, Trisha Brown, Gordon Matta-Clark – Pioneers of the Downtown Scene, New York 1970s, at the Barbican Art Gallery; participated in Raimundas Malašausksas’s Repetition Island at the Centre Georges Pompidou, Paris; and completed a residency with RE/Search Publications, San Francisco. She holds an MFA in Criticism & Curatorial Practice from OCAD University, Toronto, and has contributed to C Magazine and Spike Art.