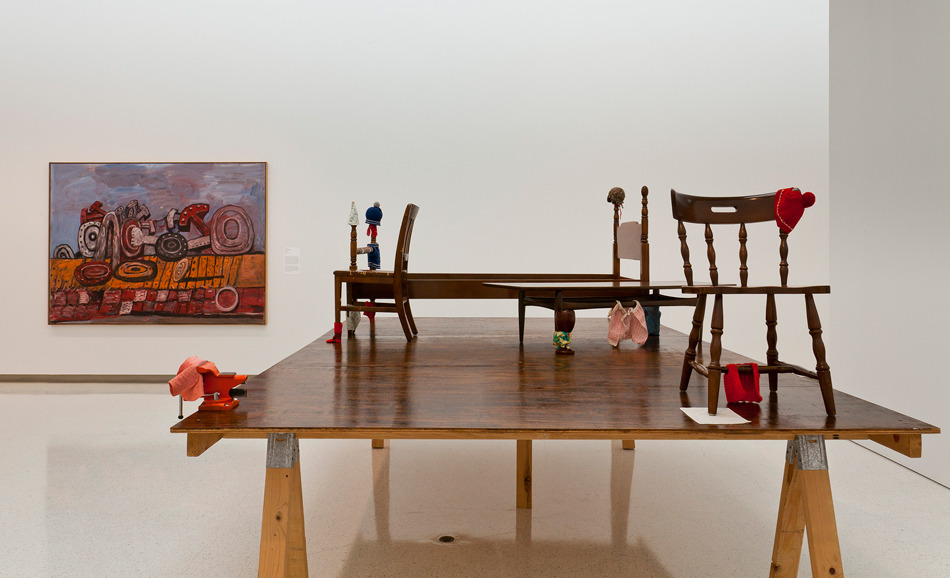 This exhibition from the museum's collection of modern and contemporary art is a component of the 2013 Carnegie International. The newly reinstalled Scaife galleries present some of Carnegie Museum of Art’s key holdings of modern and contemporary art, and highlight the stories artworks can tell about the museum’s unique history. Central to this history is the Carnegie International exhibition series, launched by Andrew Carnegie in 1896 to bring the best contemporary art to the people of Pittsburgh and to his newly founded museum, which, from the beginning, has acquired art from these shows. The galleries were reinstalled by the exhibition curators to feature important acquisitions from past Internationals and examine their place in the major art movements of the last 90 years.
There are places in the galleries where the story of the Carnegie International is joined by other important moments from the museum’s history, including the presentations of early 20th-century photography, particularly documentary work that emerged in Pittsburgh; and experimental film from 1950s–70s, supported by the museum’s groundbreaking Film Section. The galleries also feature works by artists who have participated in other exhibitions the museum has mounted, including the Forum Gallery program, an ongoing project space initiated in the early 1990s that is central to the contemporary art program beyond International exhibitions.
When the 2013 Carnegie International opens in October, works by several current International artists will be installed among the works on view in this exhibition, bringing the past in conversation with the art of our own time.
Thankfully, the archival research in preparation for this reinstallation of the collection has unearthed so many great photographs and articles from the long history of the Carnegie International. You can explore the archives for yourself on the exhibition's interactive timeline, or on Pinterest and Tumblr.